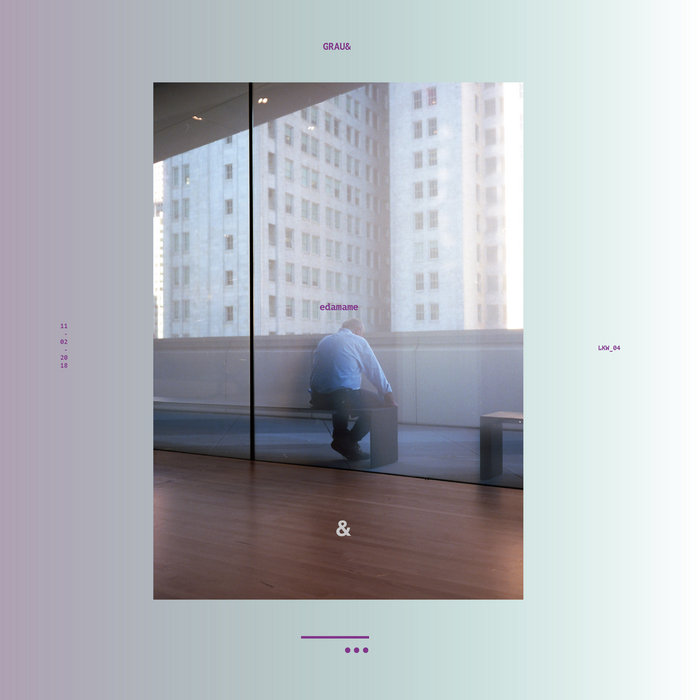 The name grau& - grau und - (= grey and) articulates the never ending curiosity about the “inbetween” and the search for anti dualism. Music and noise, tonality and atonality, black and white, or you name it.

The unit met in Berlin in autumn 2017 to score film music for the experimental filmmaker Caroline Schwarz. Ariel William Orah and Maximilian Kupi already formed a psychedelic electronic duo under the name “Kupi&Orah” at that time and previously released three tracks together with Luftmenschen Klangwerk, a soundscape subsidiary of Berlin-based empathy entity Luftmenschen. Pia Achternkamp (loh) is a sound artist, working on sound installations, scoring music for performances and building self-made instruments. She is also involved in jazz projects as a drummer, guitarist, and contrabassist and regularly participates in artist residency programs all over Europe.

Their first single “Edamame” and bonus track “Kaugummi”(available exclusively via bandcamp and limited cassette) are the first attempt on delivering their “inbetween” concept. Edamame is a 4 minutes synth pop song, driven with distortion layers and modular synthesis touch. While Kaugummi is their first composition that they made during their very first “jam” for the film scoring project back in autumn 2017.

The band recorded, mixed and mastered everything by themselves.

They are currently doing various gigs in Germany and working on their album which is scheduled for release in early summer 2018.

L-KW is a collective of sound artists and performers based in Berlin. The collective exist based on their vision in catalysing and stimulating flings between: sound, empathy, and cross cultural communication.

Kiss me up allright (she said) blind me me oversight (he said)
Undertow…
Under vow..

Fools me up allright she said, fool me all around.
Embrace the truth,
Embrace, the truth, and fall.

Fools..
Driving me full to undo! The undone!

So fool! So dumb!
Corrupted on my currency, screw Nationality!

Bandcamp Daily  your guide to the world of Bandcamp

Featuring Gary Bartz, 5 years of Rhythm Section Intl and an LP of the week by Nicolas Jaar